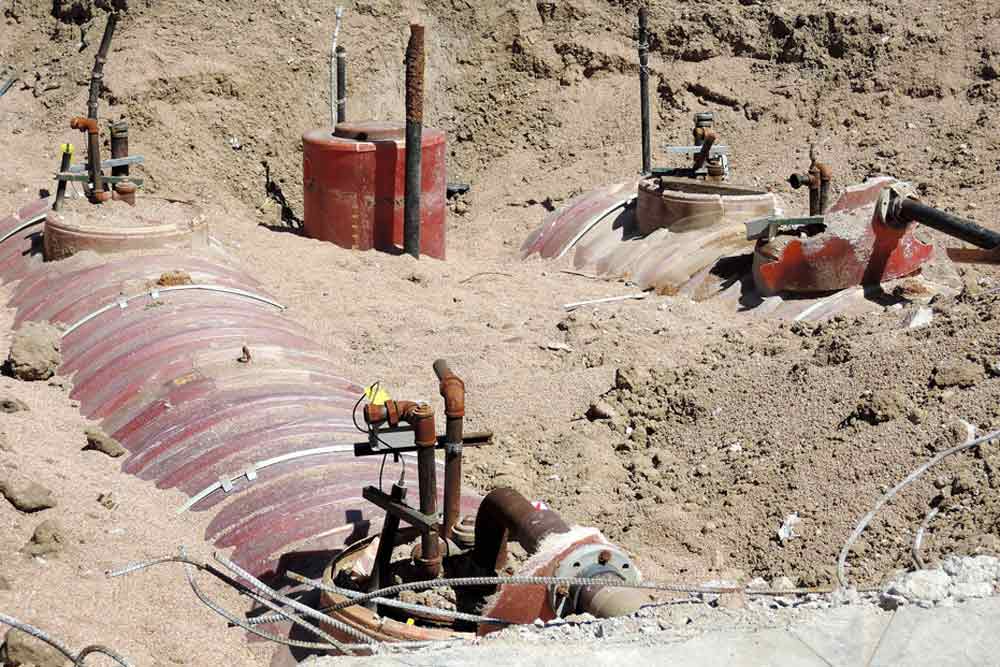 Contaminated soil is commonly found where there has been an underground storage tank (UST) containing some kind of fuel. The contamination is generally identified in the sand material placed around the UST, and often within the soil material adjacent to the sand. The vertical and lateral extent of the soil contamination depends on the frequency, duration and quantity of fuel spilt, and the type of pedology and geology surrounding the area.

We love hearing from people about their industrial and commercial environmental remediation projects: Talk to AES about your project.

Generally speaking, spills released slowly over a long period of time will penetrate deeper, and spills released suddenly will spread laterally, and further down gradient. It should be noted that there are many variables influencing the extent of soil contamination, and every site is unique. The chemical breakdown of contaminated soil will also vary depending on the type of fuel released. The one constant however, is that contaminated soil associated with fuel spills always occurs down gradient of the fuel source, and along the ‘line of least resistance’.

Asbestos contaminated soil
Apart from fuels, bonded asbestos is often a cause of contaminated soil associated with underground storage tanks too, as it is sometimes used to house the UST cathodic protection. It has also been known to be used as formwork for the concrete anchors that keep the USTs from ‘popping’ out of the ground.

More about Asbestos Soil  and our Asbestos Removal Services here.

We love hearing from people about their industrial and commercial environmental remediation projects: Talk to AES about your project.